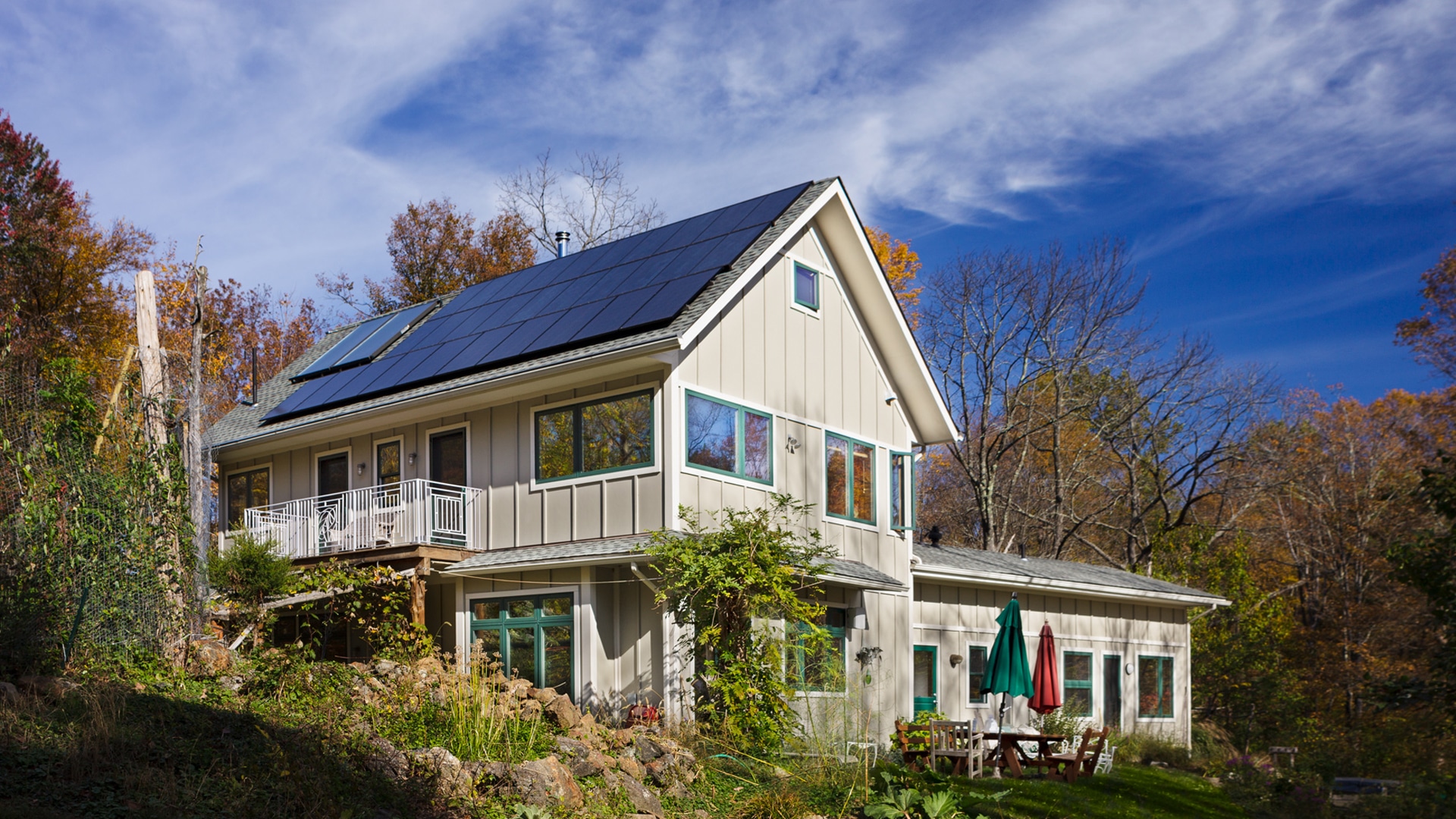 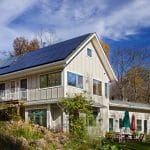 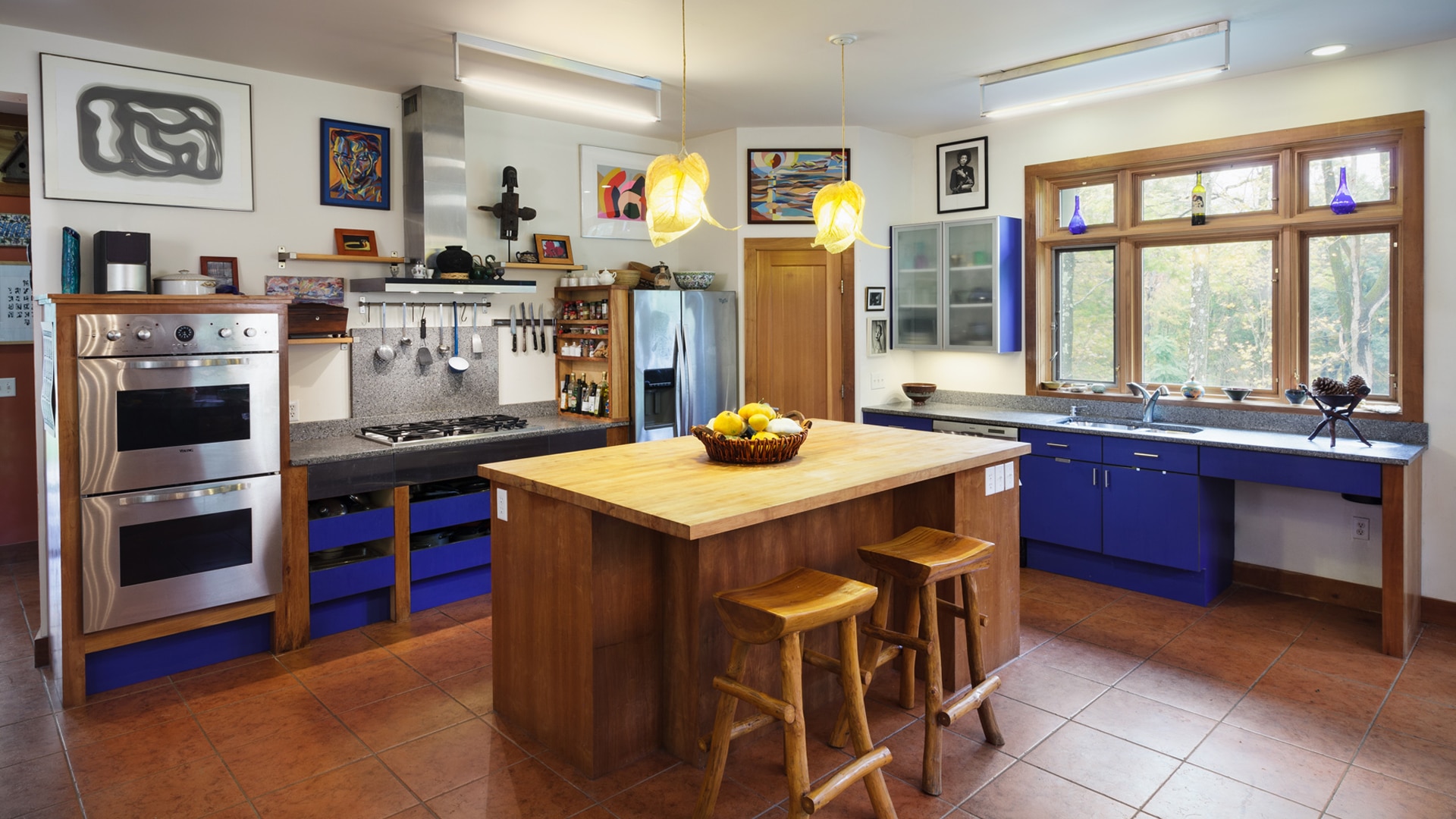 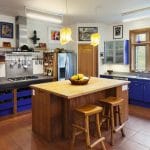 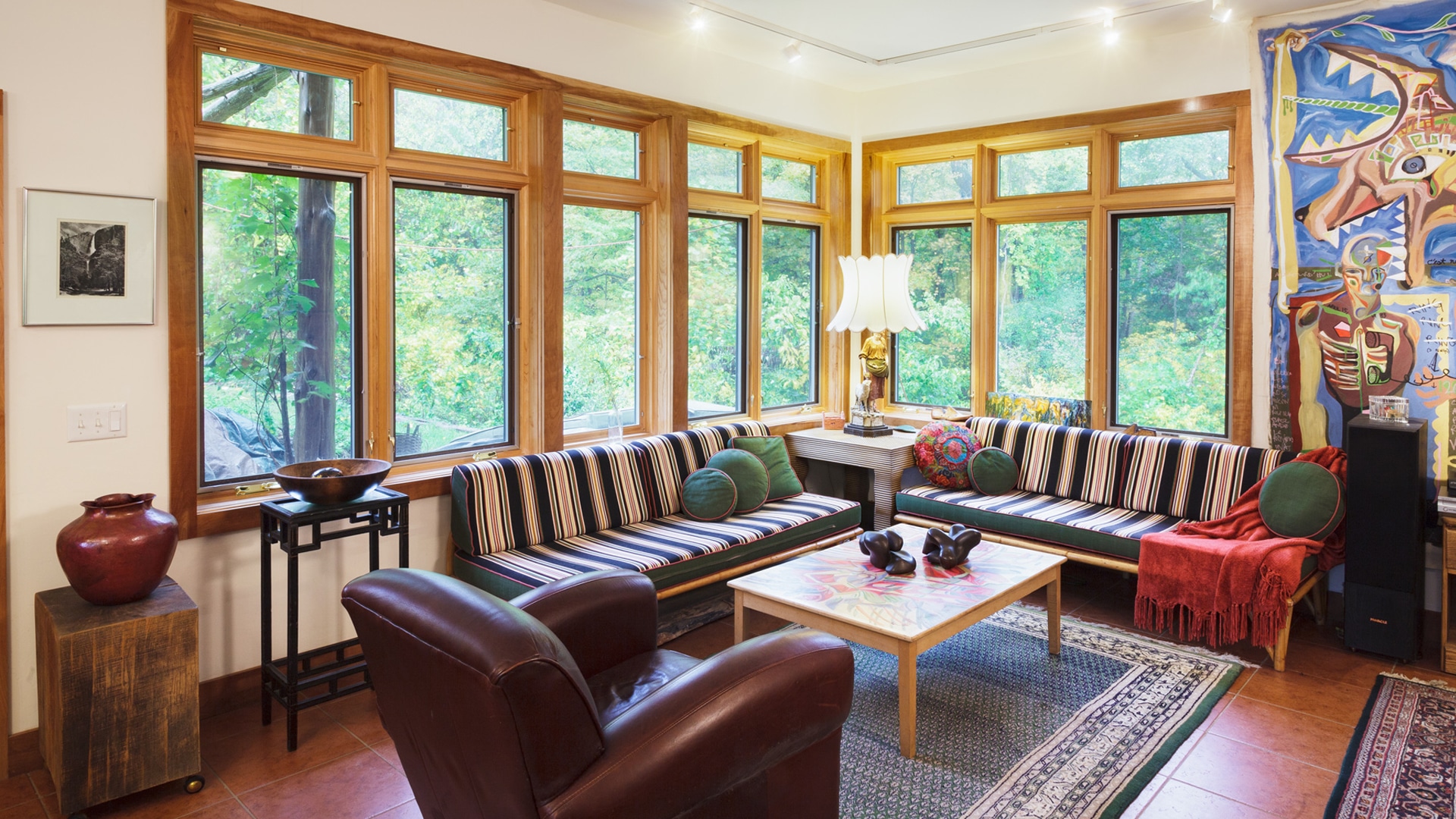 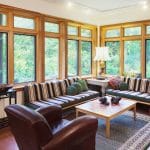 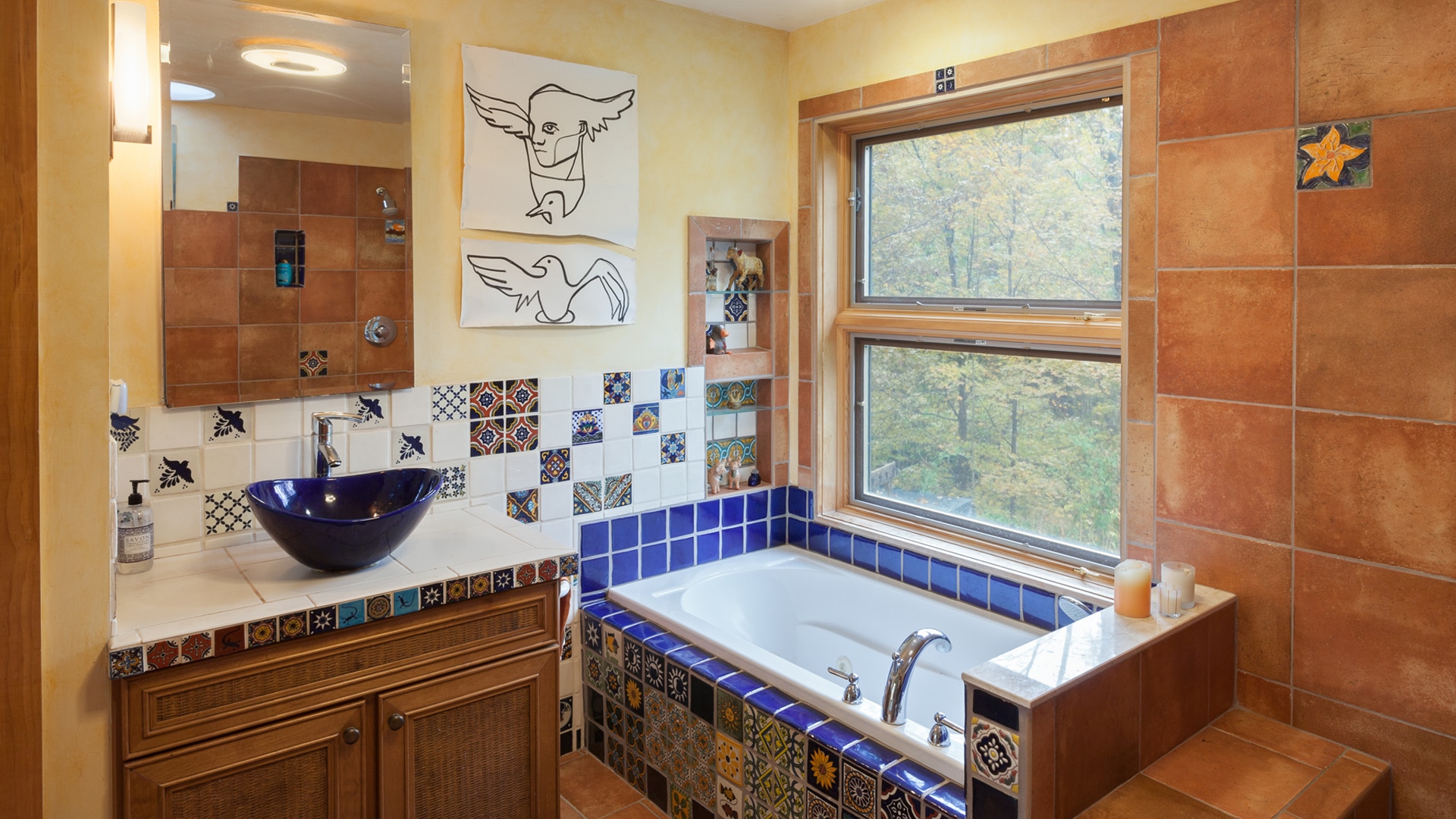 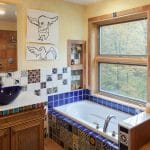 "I have a beautiful house and people love it. I love it.”

See this house in dirt Magazine 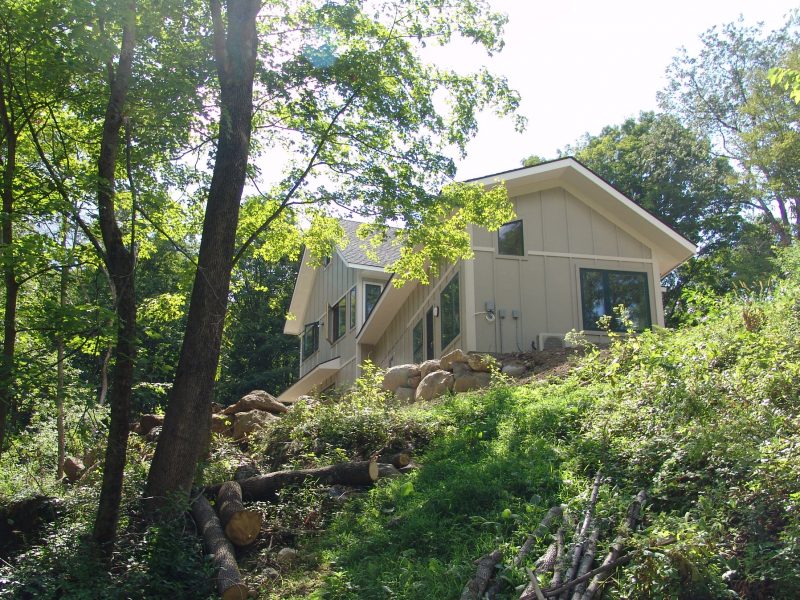 I had property, and I wanted to build an Energy Star house. I worked on An Inconvenient Truth with Al Gore. It was a documentary that drew attention to the critical situation of climate change in the world. I couldn't be involved in a project like that, plus have children who are going to inherit the world, without being very conscious of the impact of any decision I make, big or small — whether it's using a plastic bag in the supermarket or building a home.

We wanted to have minimum impact and maximum use of renewable energy.

It was very clear to me and my son, because we worked together on this, that we wanted to have minimum impact and maximum use of non-fossil fuels and renewable energy. My son is now the artist in residence for the environmental group 350.org, and he's very smart and very concerned on environmental issues. We spent years together doing an enormous amount of research.

I was shocked to find the degree of ignorance on the part of many architects. I would interview an architect and mention something in a magazine called Solar Today, and they didn't even know it existed. They ended up asking me about environmental issues. They would ask me about off-gassing. They asked me about formaldehyde-free products. They asked me about solar panels. I was shocked at how little many architects knew about green building.

I went to Alfandre because he had been highly recommended by many people who are involved in the environmental movement in Energy Star homes and LEED-certified houses. Alfandre really knows green building, and that's what I wanted.

I knew exactly how much money I had in the bank and I did not want to take out a loan, so another very big concern was to keep within my budget.

The Design and Build Process 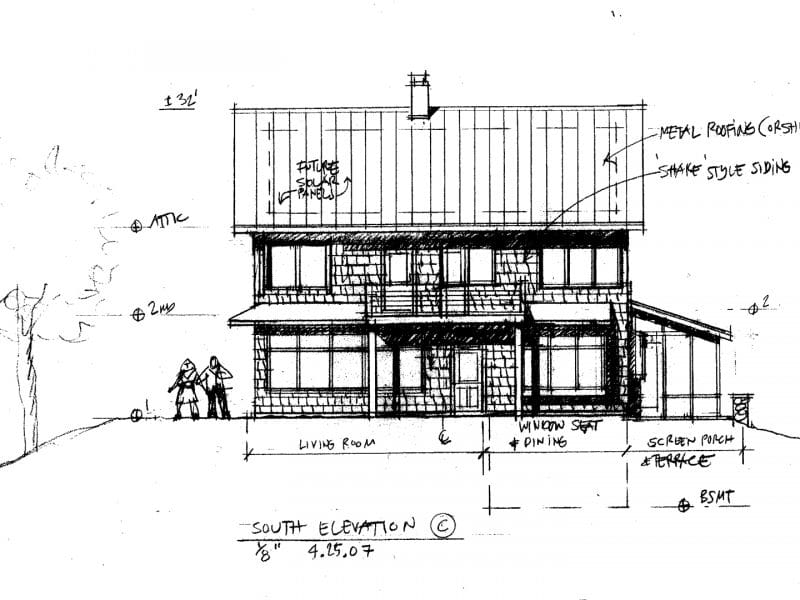 The architect I worked with sat with a piece of paper and a pencil, sketching as I spoke. I thought that was great, because when I changed my mind, he just used the other end of his pencil to erase it. For me, it became much more organic than designing on a computer or being too high-tech.

I think another architect might have said, “Leave some money for your kitchen and bathrooms.”Alfandre said, “Make sure you put your money where you can never make later changes.”

The envelope — the windows and the insulation — with those things, you can't go back. Instead of putting the money into my kitchen, I put it into the insulation. I have an obscene amount of insulation. When I thought I had enough insulation, I was told I could put more foam board over the blown-in icynene and it would be even better. My windows are triple-glazed. I had never heard of triple-glazed windows, but they really are better. His guidance was very good.

I didn't go over my budget, and I really got a great house!

I don't think building a house is ever stress-free, because you have so many decisions you have to make. Not just monetary decisions, but every light switch, every faucet, every tile on the floor has to be chosen, and it has to be done in an expeditious way. You can't sit around saying, 'I can't make up my mind' because there's a schedule — but I thought the schedule was realistic. Everybody stuck to it. They kept on schedule and on budget. The house was built within a year.

So you couldn’t say it’s stress-free, but I think if you're working with people you like and trust... I trusted Alfandre. I felt they really oversaw the building. Joe would come out and check things. I really liked him and I trusted him.

I don't think it was any more expensive to build green. I think what you have to do is you decide on your values. It's your decision whether you have a $50,000 kitchen or put more insulation into the envelope of the house.

When I got a quote of $30,000 for my kitchen, I said, 'well, let's get it down to under $10,000.' I did, and it's fabulous. I used a tool chest instead of a cabinet. I picked up a Kohler sink, the one I wanted, for $15 that sells for $1,000 in the store. I left the doors off my kitchen cabinets. They look incredibly cool, and it's all non-offgassing materials, with no formaldehydes. 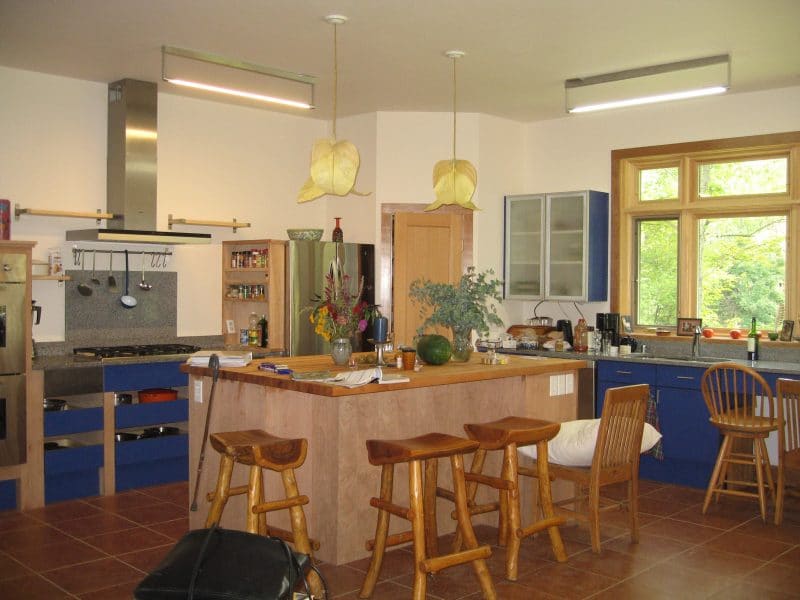 My wood trim is from a co-op where the man who grew the trees cut them, milled them, and delivered them to me. It was much cheaper than my local lumber yard. I think it was like about $5 a linear foot for cherry as opposed to $12, plus, they didn't have to ship it across the country.

How Things Are Now

My house stays very warm in the winter because it's flooded with sunlight. It stays very cool in the summer because the overhangs shade the windows.

We tend to think of homes, especially in the winter, as the opposite of the natural world — outside is outside and inside is inside — but with the kind of home that Alfandre designed for me there is no boundary. 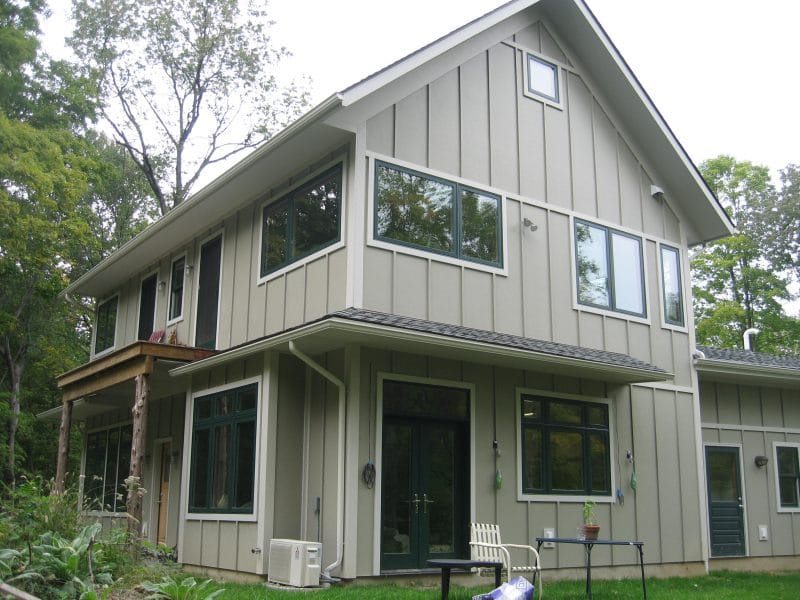 It’s a passive solar house, which means that the sun does a lot of the heating of the house. We oriented the house to put the maximum number of windows facing the south. I wake up and think, 'Oh my god, with all these windows facing out and the sun coming in,'  just as warm as toast.  It’s remarkable. 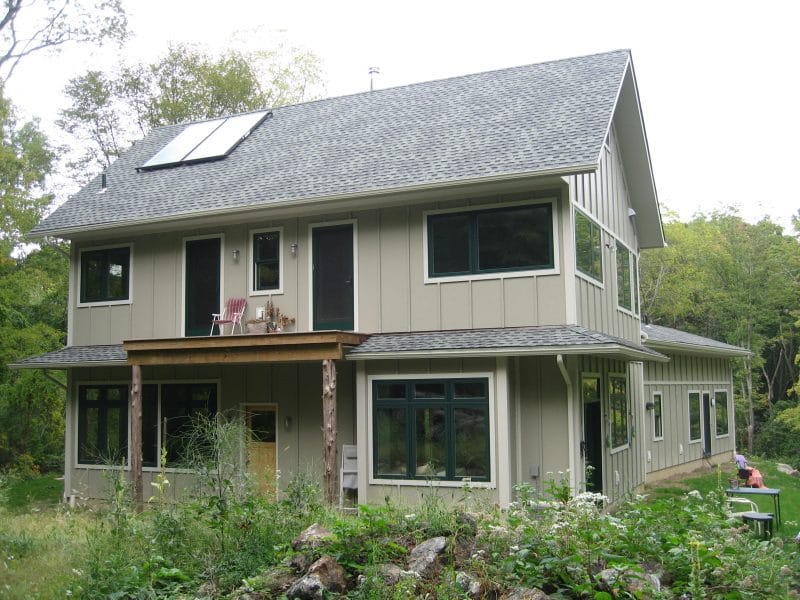 I have solar panels and solar hot water. There's radiant floor heat, and there's also a heat sink which is a huge, concrete slab that heats up during the day when the sun shines in and holds the heat. All my thermostats are set about 10 degrees below what the room temperature is.

I have a wood-burning stove because I have 30 acres of trees. I just pick up wood from fallen trees and cut it up. I have propane as a backup, but I use very little. I probably use about 750 gallons of propane all year.

I also don't use air conditioning because the house stays cool. Even if it's 90 degrees outside, it's normally about 70 indoors.

I think more and more people want to tread gently on the face of the earth. For the person whose values are like mine, I would recommend Rick.